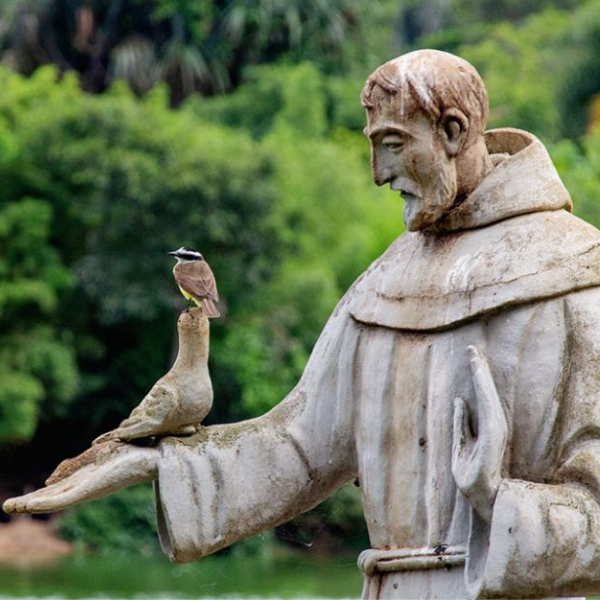 Each year, the University of Notre Dame comes together to celebrate St. Francis of Assisi - patron saint of animals and ecology - and his lasting influence on the environmental objectives of both the global church and our campus. To commemorate his life and work, Notre Dame will host a series of events in his name during the week of October 3, 2021. Some of the highlights include Mass in honor of St. Francis at the Basilica of the Sacred Heart on Monday, October 4 and the Global Day of Action on Wednesday, October 6 in which students, faculty, staff and alumni are encouraged to perform an act of service - big or small.  In his mind, environmental issues are inextricably linked to poverty, and the two cannot be separated. Several events will center on this intersection.

Since St. Francis of Assisi was declared the patron saint of animals and ecology on November 29, 1979, he has become an increasingly important inspiration for the evolving environmental movement in the Church and beyond. Francis grew up wealthy, but later gave up his worldly possessions to pursue a life of simplicity and solidarity with the poor. St. Francis also had a deep love for animals, the Earth, and was a promoter of peace. He is said to have preached to the birds, which you will see referenced in the Feast of St. Francis logo across campus throughout St. Francis week. His appreciation for nature was the foundation of his most widely known prayer, the Canticle of the Sun, and comes from his inner belief that the world is a divine gift from God to all of humanity. This Canticle was referenced in the opening line of Laudato Si’ by Pope Francis, and throughout the text:

“LAUDATO SI’, mi’ Signore” – “Praise be to you, my Lord”. In the words of this beautiful canticle, Saint Francis of Assisi reminds us that our common home is like a sister with whom we share our life and a beautiful mother who opens her arms to embrace us. “Praise be to you, my Lord, through our Sister, Mother Earth, who sustains and governs us, and who produces various fruit with coloured flowers and herbs”. (Francis, Laudato Si’, 1)

Please join us in this call to learn, pray, and act for the Care of Creation. By celebrating St. Francis of Assisi next week, may we live like St. Francis did and emulate his love for our neighbor and the planet.